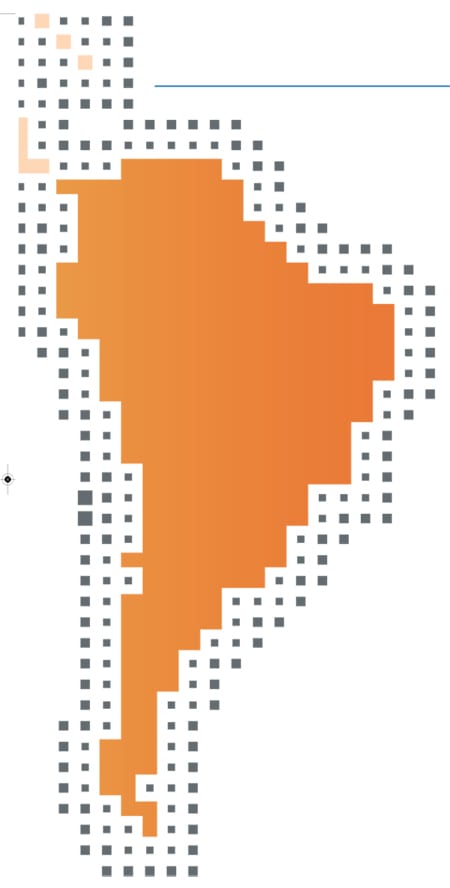 What economic and industrial trends are you witnessing in Latin America?
Multinational corporations from across the world are seeking fast-growing economies outside of their home territory to fuel their business expansion, and the countries of Latin America offer considerable opportunity to develop new supplier and customer bases. This is particularly the case in Brazil, Mexico, Colombia, Peru and Chile. With the exception of Mexico, which was more significantly affected by recession in the United States following the financial crisis than other parts of the region, these countries have enjoyed extended periods of political stability and their economic and physical infrastructure has developed accordingly.

Expansion and diversification in the region is not limited to foreign multinationals. In the past, much of the industrial focus of companies headquartered in the region was commodity-based, but as economic and industrial sophistication increases, and commodity prices continue to experience considerable volatility, there is now a greater emphasis on industrial diversification and adding value to commodity products. For example, in North Brazil, motorcycle production and technology industries are developing. Local and foreign companies alike are basing shared service centres in Costa Rica and Argentina, facilitating best practices in operational processes across the region that will support further growth.

To what extent can Latin America truly be regarded as a single region, and what does that mean in practice?
Every country in the region is different with very distinct geographic, economic and cultural diversity. Economic maturity and wealth vary substantially, and it is this that is driving many companies’ decision about where in the region to do business. Brazil and Mexico, for example, account for more than 75% of total GDP in the region, so these are logical destinations for companies seeking to invest in the region. This level increases to more than 90% of GDP when Chile, Colombia, Peru and Argentina are added; consequently, by extending business operations across only six or seven countries, companies benefit from virtually all of the GDP in the region. Population is also a consideration. For small countries it is difficult to compete for investment dollars. To leverage the opportunities that exist across all the major countries, companies are seeking to create regional synergies, such as in infrastructure and logistics. Such synergies can, for example, enable exporting across the region from a central hub.

What challenges are being experienced by companies establishing in Latin America or domestic firms extending their footprint across the region?
Many parts of Latin America still lack the free flow of funds that is enjoyed in Europe and North America, which can hinder efforts to optimise cash and liquidity management. Governments in the region recognise, however, that regulatory liberalisation is necessary to fuel economic expansion and attract foreign investors. For example, Peru now supports dual utilisation of Peruvian Nuevo soles (PEN) or USD, so an invoice issued in PEN can be paid in USD and vice versa, effectively indexing the local currency to the USD. This has considerable implications for foreign companies operating in Peru who can now reduce their foreign exchange exposure significantly. Local companies have access to more USD for foreign purchases and investment without incurring FX margin costs. In Brazil, a number of restrictions still remain, but we are seeing a gradual move towards liberalisation.